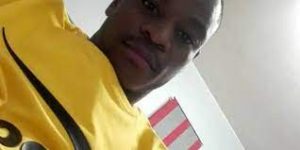 A perverted Highlands Primary School Teacher who lured a primary school girl with gifts before making indecent sexual contact has been convicted and sentenced to 12 months imprisonment.

Gwariwa who is under training at Seke Teachers College escaped prison time after Mangosi suspended it on condition of good behaviour.

He will perform 350 hours of community service at Makoni Clinic in Chitungwiza for fondling the 13-year-old girl.

The court ruled that the State proved beyond reasonable doubt that Gwariwa committed the offence and there was need to protect children from sexual perverts, especially as the country is trying to protect the Girl Child.

Gwariwa who was being charged with indecent assault told the court during mitigation that he did not know he was committing an offence.

It was the State’s case that on December 10 last year, 2021 Gwariwa met the complainant who was in the company of her friend at Highlands Primary School at the school grounds whereupon the accused offered the complainant a present, in the form of a yellow jacket.

The complainant received it after Gwariwa insisted , the court heard.

Prosecutor Sherlynn Sadomba alleged that while in the music room, Gwariwa told the 13-year-old that he was going to miss her and he asked complainant to kiss him. The complainant refused.

Gwariwa then held the complainant by her hand and drew her close to him, asking for a kiss. The complainant tried to scream but was stopped by Gwariwa who quickly closed her mouth using one of his hands.

The complainant then told her friend what Gwariwa had done to her prompting them to report the matter to the school Headmistress, Ms Mavis Ngwarati.

Ms Ngwarati then asked the two girls to write reports which led to the matter being reported to the Police.